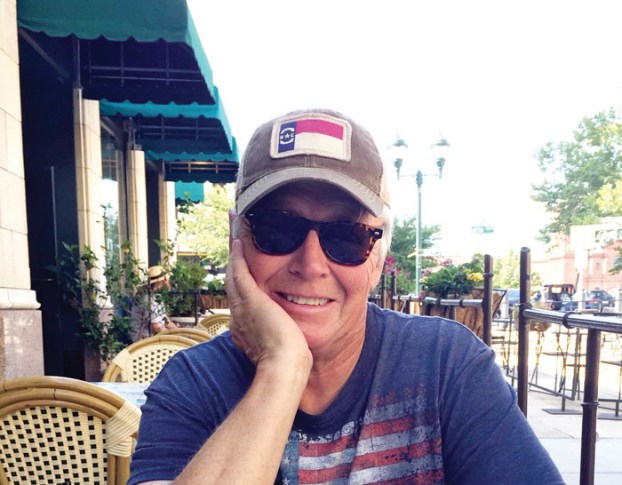 Bill Morris grew up as one of six siblings in Western Canada. “If you were remotely athletic, you of course played ice hockey,” laughs Morris. His family had many athletic genes in their family, as his father was a professional football player. “I wasn’t allowed to play football until high school, but I always played ice hockey. My dad was worried it was too dangerous. Although, hockey probably wasn’t too different.”

Morris moved to Winston-Salem in 1973 to continue his career in ice hockey. He was asked to play for the now Carolina Thunderbirds. “It’s a great game. For young kids, it’s probably the best game you could play. It truly teaches you everything,” reflects Morris.

Morris’ move to Winston turned out to be fruitful personally too. He met his future wife through a friend who was dating her sister. “My buddy asked me to go watch a football game at his girlfriend’s house. My future wife wanted to go buy records instead of watching the game. When I met her, I realized I wanted to go buy records too,” smiles Morris.

Morris realized that ice hockey wouldn’t be his new family’s future forever. “Ice hockey is a young man’s game,” explains Morris. The Morrises decided to head back to the University of Alberta in Edmonton for Bill to begin taking classes in college. The Morrises stayed in Edmonton for three years when they decided to head back to Winston-Salem. “We liked it there, but as you can imagine, the winters are long,” remembers Morris.

The Morrises established their family (a son and daughter) back in Winston-Salem. Morris began an embroidery business, and his wife was an oncology nurse. They spent their free days going to their children’s activities, including many athletic games, much like how Bill had spent his youth. After 15 years of owning and operating his embroidery business, Morris chose to sell it and go into business with his daughter. “Lonnie had moved back after living and working in Los Angeles and New York City. She learned a great deal about healthy eating. She wanted to share it with others so they could experience it too. She asked me to be a raw vegan chef for her company, the Village Juice Co.,” describes Morris. “It’s been great. I love working with my daughter. I love the feedback we get from people telling us how it’s nice to be able to actually eat desserts again after not being able to for so long because they have gluten or dairy allergies.” Morris and his daughter have enjoyed the sweetness of expansion of the Village Juice Co. being in multiple locations (Winston-Salem, Charlotte and on the college campuses of Wake Forest University and Elon University).

Morris is also enjoying these days spending his time doting on his grandchildren. “I have grandchildren ranging in ages from 5-12. It’s really true what they say, if you knew how great having grandchildren would be, you would have had them first. My wife and I get to spoil them. We treasure them,” says Morris.

Morris also enjoys utilizing his family’s artistic genes. He builds tables for Village Juice, Co., furniture and decks when he has spare time. “My family has a history of enjoying the arts.  My brother is musically talented. My father taught himself the piano. My grandmother was a painter. I enjoy dabbling in making and creating things out of wood,” describes Morris.

The proud grandfather of six never takes for granted any skills bestowed upon him. Bill also enjoys sharing what he knows with his family. As Walt Disney once said, “The greatest moments in life are not concerned with selfish achievements but rather with the things we do for the people we love and esteem.”