WINSTON-SALEM — The Winston-Salem Symphony has been approved for a $15,000 Grants for Arts Projects award to support “The Chevalier.” This project will support the premiere of The Chevalier, a play with music about Joseph Bologne, Chevalier de Saint-Georges, who was a master composer, virtuoso violinist, finest fencer in Europe, general of Europe’s first Black regiment and crusader for equality. This play, written by Bill Barclay and produced by Concert Theatre Works, will premiere on Sept. 11 and 12 at Reynolds Auditorium. The Winston-Salem Symphony’s project is among the more than 1,100 projects across America totaling nearly $27 million that were selected during this second round of Grants for Arts Projects fiscal year 2021 funding.

“As the country and the arts sector begin to imagine returning to a post-pandemic world, the National Endowment for the Arts is proud to announce funding that will help arts organizations such as the Winston-Salem Symphony reengage fully with partners and audiences,” said NEA Acting Chairman Ann Eilers. “Although the arts have sustained many during the pandemic, the chance to gather with one another and share arts experiences is its own necessity and pleasure.”

“The support of the National Endowment for the Arts speaks to the importance of this project,” said Winston-Salem Symphony Music Director Timothy Redmond. “We look forward to launching our 2021-2022 season in September by premiering The Chevalier for a live audience. Bill Barclay’s play with the orchestra on stage will bring Joseph Bologne’s music and story to life and provide a platform to address racial equity in the arts.”

Bill Barclay’s play, The Chevalier, begins in 1778 and examines Bologne’s friendships with fellow immigrants Wolfgang Amadeus Mozart and Marie Antoinette against the backdrop of civil unrest. Bologne was an extraordinary Black artist nearly written out of history. Throughout 2021, the Winston-Salem Symphony will use Joseph Bologne’s story to inspire discussions on the importance of expanding racial equity in the arts through its MusicConnects series. Each MusicConnects event will feature guest lecturers and musicians and an opportunity to welcome attendees to be part of the conversation.

The Chevalier is part of an ongoing collaboration between the Winston-Salem Symphony and Concert Theatre Works, the North Carolina Black Repertory Company and Authoring Action. In January 2021, the Winston-Salem Symphony released the short film, “The Chevalier: A Voice to Be Heard,” which was filmed in October 2020 when Barclay and a group of actors visited Winston-Salem to present a reading of the play and participate in recording sessions with the symphony. The film features scenes from the play along with interviews highlighting the ways the Chevalier’s extraordinary life continues to resonate today. Merritt Janson performs as Marie Antoinette, David Joseph as Mozart, and Winston-Salem’s own Jackie Alexander as the Chevalier de Saint-Georges in the film. The 14-minute film can be viewed at wssymphony.org/chevalier.

For more information on the projects included in the Arts Endowment grant announcement, visit arts.gov/news.

Barclay was director of music at Shakespeare’s Globe from 2012–2019, where he produced music for over 120 productions and 150 concerts. A director, composer, writer, and producer, he is the artistic director of Concert Theatre Works. Broadway and West End credits include “Farinelli and the King,” “Twelfth Night,” and “Richard III,” all starring Mark Rylance. A passionate advocate for evolving the concert hall, he has created works of concert theatre for the LA Philharmonic at the Hollywood Bowl, the BBC Symphony Orchestra at the Barbican, and six times for the Boston Symphony Orchestra (“Peer Gynt,” “A Midsummer Night’s Dream” with Andris Nelsons, “The Magic Flute,” and “L’Histoire du Soldat” with Charles Dutoit). Other credits include The Silkroad Ensemble, London Philharmonic Orchestra, City of London Sinfonia, Virginia Symphony, Cincinnati Symphony, Milwaukee Symphony, Tanglewood, Washington National Cathedral and Buckingham Palace. 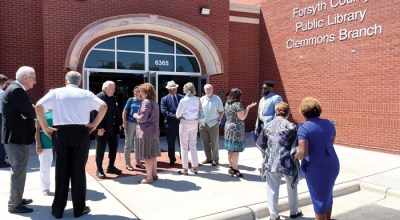