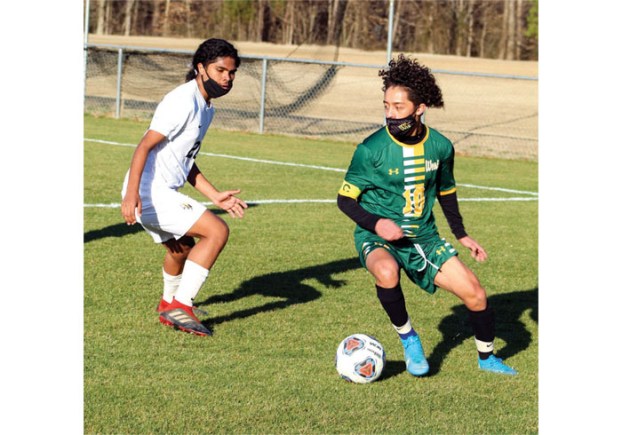 Jesse Guzman has been instrumental to West’s soccer season

Jesse Guzman might be small in stature, but over the past three years as a soccer player at West Forsyth he has continued to ward off all the naysayers.

At just 5-foot-3 and 125 pounds, Guzman will play his final high school game next Tuesday at 8:30 p.m. when he’ll represent the West in the East-West All-Star Game at Macpherson Stadium at Bryan Park in Browns Summit.

And Guzman, who has committed to play at Guilford College this fall, certainly earned the honor. Although he didn’t even play soccer his freshman season, he was named player of the year in the Central Piedmont 4-A this past spring after scoring eight goals and added seven assists in an abbreviated season because of COVID-19 protocols.

He only has one thought about what it’s going to be like when he steps on the field one last time as a high school soccer player.

“Have fun,” Guzman said. “It’s a once-in-a-lifetime opportunity to play in that game.”

Coach Jeffrey Williams of West Forsyth nominated Guzman to play in the all-star game next week.

“Being conference player of the year and having the ability to play college soccer just put him as a good nominee for playing in the all-star game,” Williams said.

West Forsyth has had a number of players play in the all-star game over the years. In recent years, Henry Cochrane and Jordan Fiorani have made it, as well as Mason Paschold, who was named to the team last year, but there was no game because of COVID-19.

“I guess sometimes you take it for granted how good these kids are, how hard they worked, and how other coaches feel how strong of a player they are,” Williams said. “And I know for instance the all-star banquet is (Sunday), and I’m actually coming home from vacation about five hours away.

“And I’ll get home, and as soon as I get home I’ll put on my coat and tie and go to Greensboro, and see Jesse and be a part of that special event for him.”

Playing in the East-West All-Star Game is also a chance to represent the Titans, who finished 11-3-1 overall and 9-0-1 in the Central Piedmont 4-A this past season.

Representing West Forsyth is something Guzman has done quite well even though he didn’t play his freshman year. But that’s not because he didn’t enjoy playing soccer. The son of Ranulfo and Adelaida, Guzman is the only boy in a family of six children.

“(My parents) just gave me a ball and I just started kicking it,” Guzman said. “And I’ve been doing it since I could walk.”

“Three of them already moved out. I’m only stuck with the younger ones,” Guzman said. “I would get picked on a lot. They would tackle me down. They would play around with me, but in a heavy way, especially my older sister.

Guzman is the only one of the six children that have played soccer.

“It was important. It was really the only thing I liked to do,” he said. “Like meeting other people. That was a good thing of it.”

Playing soccer was a chance for him to have fun and relax.

“Everything was erased from my mind,” Guzman said. “I wouldn’t think about anything but playing.”

Although obsessed with soccer, Guzman had an appendectomy just before his freshman year, and he hesitated to try out for the Titans’ JV team.

“I regret it because sophomore, junior year and senior year was like, playing soccer, that was one of the best things that I could’ve done at West.”

“He was at West the whole time. I didn’t know anything about him in ninth grade,” Williams said. “In 10th grade he just showed up for some workouts maybe, but definitely in tryouts, but I was like, “Woah, this kid can play.’

“That’s how he started. I don’t think he knew about tryouts his ninth-grade year.”

Even Williams had to take a second look when he saw how small Guzman was.

“If you’re looking at him, you’re not thinking he’s going to be as imposing as he is,” Williams said. “But he’s very athletic, and very driven. So, he’s a very smooth athlete.”

Guzman felt like not playing his first year at West Forsyth stunted his growth as a player.

“I feel like if I would’ve played freshman year I could’ve had a higher opportunity to be on varsity sophomore year,” he said.

He did try out his sophomore year, but he played on the JV team. But everything changed the following summer when the Titans went to team camp at Wingate University.

“He just showed up,” Williams said. “We knew he was a good player, but he went from being a good player to a very noticeable and important player for us.”

Although it was two years ago, Guzman has fond memories or his experience at team camp.

“I think it was tied 0-0 and the coach that was coaching us, he subbed me in and 10 minutes later I received the ball the midfield and I dribbled up to the top of the box,” he said. “And I played a through ball to one of our strikers. And we scored, and I think that’s the game where I started making catching coaches’ attention because that was a game-changer.”

Coaches have a sense of when that spark ignites for a player.

“As a midfielder, he always just got the ball, and he took some people on, and he got rid of it. He played with a lot of confidence, especially at the camp, Willams said. “The coaches at camp were just raving about him and wanted to keep track of him.”

That confidence allowed for Guzman to flourish that summer and for the next two seasons at West Forsyth.

“Just with anything in life, whether you see things as successes or failures they’re just building blocks for things that happen to you in the future,” Williams said.

During Guzman’s junior season in the fall of 2019 West Forsyth had a very successful season, finishing 17-5-1 overall and 8-2 in the Central Piedmont 4-A. Both conference losses were to Reynolds, which finishes the NCHSAA Class 4-A runner-up that season.

“He excelled. We had one of the better teams that I’ve we’ve had since I’ve been there,” Williams said. “It’s just that Reynolds had an outstanding team.

“…And Jesse showed up over a lot of other good midfielders. It was just hard to take him off the field.”

The confidence that started clicking for Guzman, as well as playing tough competition within the conference made him better.

“I actually played a lot of minutes,” he said. “And I started over some seniors that proved themselves years before me.”

Spring sports barely started last year before they were halted for COVID-19. There was a question throughout the summer of whether there would even be sports in public schools during this past school year. However, things slowly started opening and teams started workouts. Boys soccer is usually in the fall, but the NCHSAA decided to push the start of practice to January.

Guzman didn’t think there would be a season.

“Honestly, no because of how hard COVID was at the time,” he said. “But I’m happy we did have one.”

West Forsyth opened the season on Jan. 26 with a 3-2 loss at Ledford, followed by a 1-0 loss on Jan. 29 at home against Greensboro Grimsley.

“I was ready either way,” Guzman said. “During the offseason I was doing stuff with soccer. And once we got to know we were going to have a season, basically we had a group chat with the guys, and we were like, we’ve got to make it count since we weren’t sure. But we knew now, so we’ve got to make it worth it.”

Although things were slow in clicking for this Titans this past season they won the next six games before they tied East Forsyth 1-1 on Feb. 24 in Kernersville. They won the next five games and played a home playoff game against Raleigh Athens Drive on March 18 in the first round of the NCHSAA Class 4-A playoffs. Athens Drive won 3-1 to end West Forsyth’s season.

“He has a great maturity, I think,” Williams said of Guzman. “It was hard on the players. I gave them a workout schedule for them to do (before official practices started) and I think he did it. We were able to meet some, and when he did come he was the most fit person, by far.

“And you could tell he was getting in his touches. He was one of the ones I had no worries when we got the go-ahead in January to start he would be ahead of the pack.”

Even though Guzman was in great shape, neither he nor any other soccer was in the best of game shape since it had been 14 months since they had played a high school game.

“I felt a little heavy in my legs, actually,” he said. “And we started off 0-2, and we kind of bounced back after that.

“…We started going harder. We actually started scoring goals. We were playing with more intensity.”

Although West Forsyth lost to Athens Drive in the first round of the playoffs, it outscored its opponents 41-19. And one of the biggest reasons the Titans were so successful is because of the play of Guzman. Williams nominated him for conference player of the year, and once Williams found out that Guzman had won, he told him.

“He’s got this little smile,” Williams said. “He doesn’t boast about anything, or he doesn’t brag, he doesn’t feel like he should be honored or anything. When I brought him in, I told him, he started to grin and I could tell he was elated. But he’s very respectful of that.”

Now, Guzman will be rewarded for his season by playing in the East-West All-Star Game.

“It’s part of a goal,” Williams said. “It’s just accomplishing that goal, and it’s nice to see. I always love it when other teammates come — whether it be past or current teammates — come and watch the game and cheer them on. And I hope it happens this year, as well. It’s just a great experience. It’s a great thing for him, Jesse, and honestly something for this program we’d like to continue in the future.”

Guzman will get that chance next Tuesday, as well as having one last chance too prove the doubters wrong.

“Against big guys you can’t tell the difference because I actually play hard,” he said. “They think just because I’m not as big I won’t be a big impact on the field.” 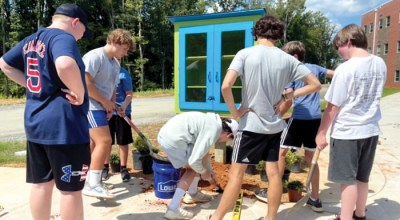 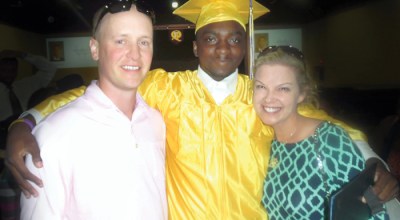 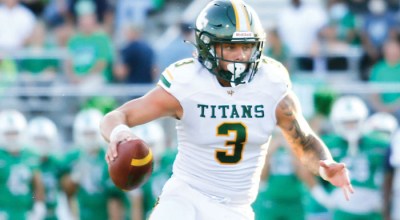